The Slutwalk was celebrated last Saturday the 26th of June. Cynthia Trililani and Embla Guðrúnar Ágústsdhttir gave  two moving speeches regarding the status of asian women and disabled women in Icelandic society. Cynthia studied communication and mass media studies in Indonesia before she moved to Iceland and is currently doing her master's degree in international studies regarding education and gender. Embla is studying social- and gender studies and is the project manager of Tabú. 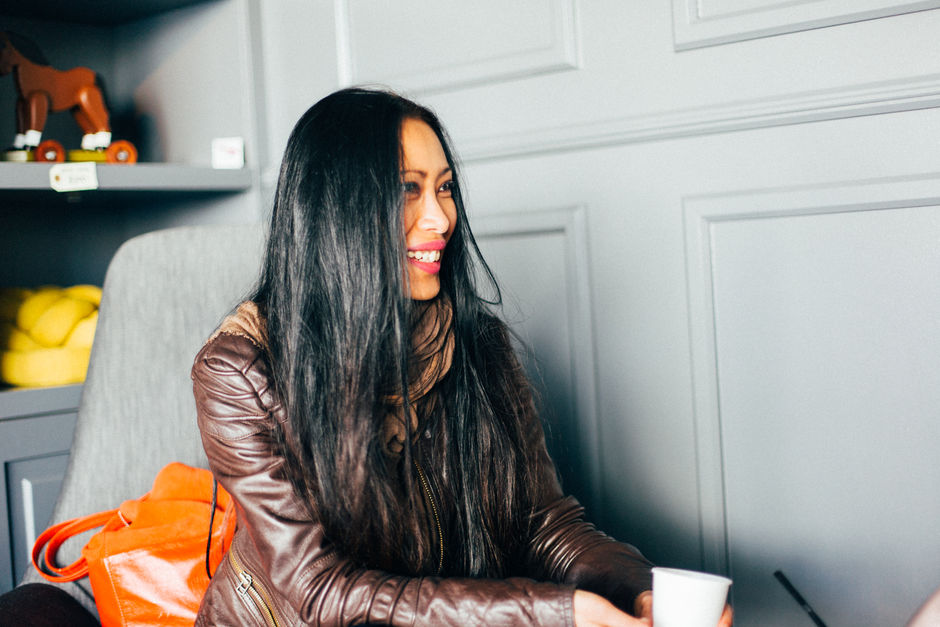 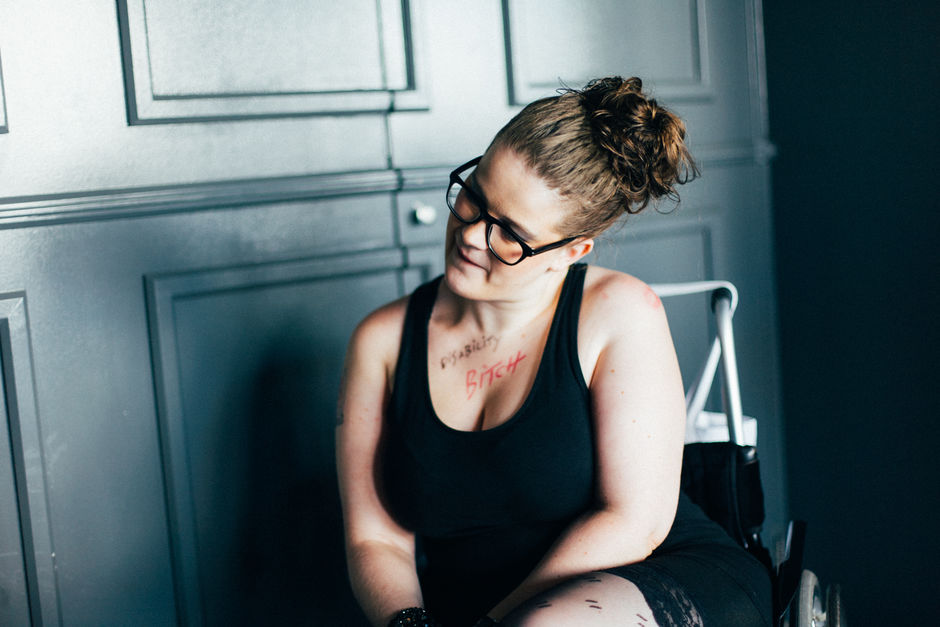 Cynthia: What you and I have in common is that we both belong to a minority group. You being disabled and me being an immigrant.

Embla: So it’s really interesting to hear what kinds of similar discriminations we are experiencing, even though there are different reasons why. Because it all comes down to the same thing in the end, whether it’s race, disability or gender. We need to be aware of this so we can work together, because fighting prejudice is not something you can do alone.

Embla: Yes because the thing is that you are so used to say sorry for everything. Taking responsibility for everything, not the other person. I think Druslugangan has this important message about not taking shame in yourself. We can also put that on disability and race. When I experience some kind of prejudice I usually don’t say anything because in a way I think it’s my problem. When people come to me and say “oh you’re such a sweet little girl and you’re so nice and so...” I just want to say Fuck you. But I don’t because I have to be polite. Next time I’m just gonna start saying fuck you. It’s not my job to make people feel better, but it’s really hard to do that when you have been taught all your life not to be rude. But it’s not really rude, it’s just not taking the responsibility.

Cynthia: I agree with you totally. So often I think, oh, they didn’t mean it like that, they just don’t understand. But after a while I was just like, no come on. Even though I speak a different language and look different you can’t say these things and treat me like that.

"Embla: Yeah, Icelanders really believe they’re not racist. The sentence “I’m not racist” is something people have just practiced saying without knowing what racism means."

Cynthia: Racism is not only about race, it’s actually very complex.

Embla: And we also think that we don’t have prejudice against disabled people or women. We aren’t really this great country we think we are. So it’s hard for us to face these facts and talk about these things because we have this idea about us.

Cynthia: The prejudice is always there, everywhere, in every nation, in every society. And most of the time unfortunately more towards minority groups and women. It takes a lot of effort and time to create change. It will not happen in an instant, in one month or one year. We have to change the mentality. Iceland will one day become a multicultural place and there will be different kinds of people. Until then we have every right to defend ourselves to be treated equally. By delivering this speech today I feel in a way more powerful, like yes, I am a part of this society. I’m an Icelandic citizen, I have lived here for many years and my kids are Icelandic. Next time when I go to places, and people try to deny me entrance because I am Asian, I will say no, I have the same right as other Icelanders.

Embla: Yeah I also think it’s a really really big step that organisers of Druslugangan they wanted to have the two of us holding speeches at the event. That’s a really positive thing. I don’t think that would have happened two or three years ago.

Cynthia: When I was contacted by W.O.M.E.N and asked to deliver a speech I was like what am I going to talk about? And they said I should just talk about whatever I feel like. At the university I had done a research about the stereotypes of Asian women here in Iceland, and used both mine and my friends' experiences. So I thought Druslugangan would be a good medium to convey the message and to inform people. People sometimes don’t admit they’re racist and prejudiced because these are bad words, but these attitudes are everywhere, you can feel and see them.

Cynthia: Yes, I agree with you. Because women are not just one kind, it’s not only one type of women. There are different types of women.

Embla: And then again women’s issues are different. And that’s okay. That’s not something to be scared of. 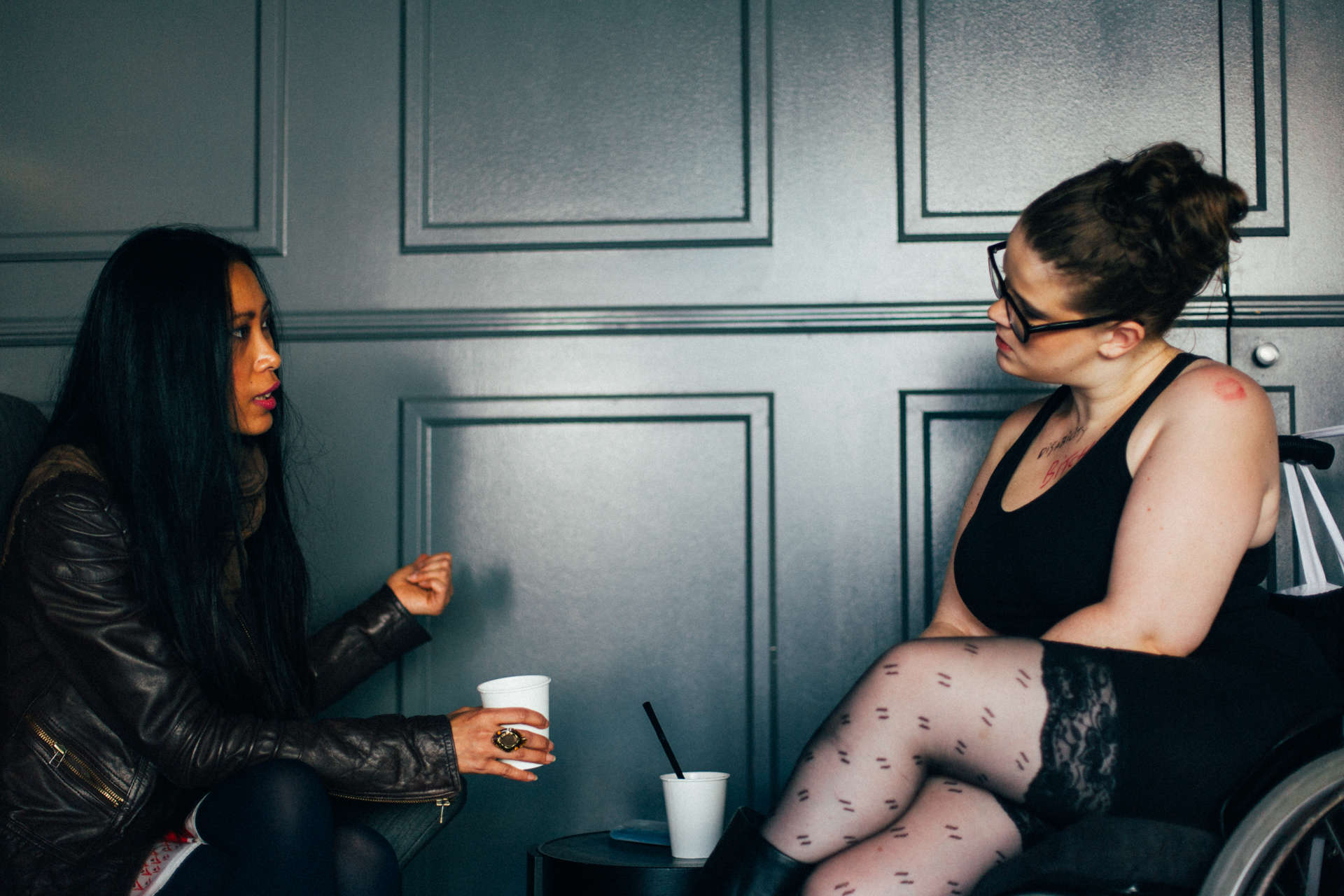 Embla: When it comes to sexual abuse, people with disability are made as easy targets. It’s not because of the disability, it’s because of our social status. I read somewhere that people with disabilities are more likely to be abused because they can’t defend themselves. But it doesn’t make sense, there shouldn’t be the demand for people to be able to defend themselves so they don’t get sexually abused. The problem is much deeper than that. So it doesn’t have anything to do with my disability

Cynthia: Yes it has something to do with the people that abuse

Embla: The same with race. It’s not about the colour of your skin it’s about something deeper than that. Like the social status. And we have to look at it like that. Because it’s not something that comes from nature that we are more likely to be abused. It comes from social status.

Cynthia: The stereotype of Asian women, especially when they go out to bars, is that they can be perceived as prostitutes. This stereotype affects me so much I have to choose my clothes very carefully so I don’t represent the image. I mean, I like to wear miniskirts and high heels but consciously I think I can’t wear those. But next time, like you said, I will just tell people to fuck off if they dare express their thoughts about this stereotype.

Embla: It’s the exact opposite with me. People with disabilities are often seen as A-sexual or just not as grown up individuals. So when I go out to bars I have to dress up extra femenine to prove that I am female, a real woman or something like that. But if I would just wear regular clothes when I go out, I would be living the stereotype. And I don’t want to do that so It’s a complicated choice.

Cynthia: Yes we are always trying to adjust ourselves to society. But once in a while the society has to adjust itself to us also. Just like you said, everybody is different and it’s not something to be scared of.